Anne Aghion is best known for a series of films that deal with the aftermath of Rwanda’s genocide in 1994. She has received many honors for her work, among them, UNESCO Fellini Prize (2003), Emmy Award (2005), The Nestor Almendros Award for Courage in Filmmaking, Human Rights Watch International Film Festival (2009) and Best Feature Documentary, Festival International Du Film Black De Montréal (2009).

Heike Bachelier is a writer/director living and working in both Germany and the United Kingdom, active in story development, script writing and producing for German television. Bachelier made her debut feature in 2010, Feindberührung, for ZDF, the German television network. The film won the 2011 PRIX EUROPA for best feature documentary.

Halldór Björnsson is Head of the Atmospheric Research Group at the Icelandic Meteorological Office (IMO).

Simon Brook was born in London and grew up between France and England. He started out working for the Dave Brubeck Quartet and Pina Bausch before entering the film industry. He has written, directed and produced a number of films and documentaries such as Minus One (1991), based on the J.G. Ballard short story, and the Saki story Alice (1995). Other works include 20 short films about children in the Caucasus and a docudrama about the Karo tribe of Ethiopia.

John DeFore is a film journalist from Austin, Texas. A regular contributor to the Washington Post, The Hollywood Reporter, the Austin American-Statesman and San Antonio Current.

Daniel Dencik is a director, editor, scriptwriter and poet. His editing work includes Nói albínói (2001), The Five Obstructions (2003), and Into Eternity (2010). Dencik’s directorial debut in the field of documentary was Moon Rider in 2012.

Helgi Felixson is educated in theatre and film in Sweden. Active as an actor, producer and director in different theatre groups before turning solely to film making and has for the last ten years been the main owner and director of Felix Film AB in Stockholm. Among Felixon’s films are Condor Man (2002) and God Bless Iceland (2009).

Patrick Gambuti Jr. is the Producer/Co-writer of Greedy Lying Bastards (2012). He is an editor and writer whose work has earned two Emmy awards. Over the past 25 years his films have explored a number of topics relating to social transformation. Among them are Hookers and Johns: Trick or Treat (2000), At the Edge of the World (2008) and After the Cup: Sons of Sakhnin United (2009).

Vincent Grashaw is a film director and producer, born in the San Fernando Valley in 1981. His most recent endeavor was producing the critically acclaimed feature film Bellflower, which had its world premiere at the 2011 Sundance Film Festival. In the summer of 2011 the film was released on over 100 screens across the US and foreign markets.

Andy Heathcote is an independent filmmaker based in southern England. He studied photography and trained as an assistant film editor in London before concentrating on film direction at the Polish Film School. He is a visiting lecturer in filmmaking at various United Kingdom universities. His debut feature documentary, The Lost World of Mr. Hardy, was distributed widely in British cinemas in 2008. 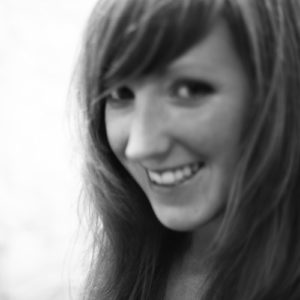 Megan Herbert is an Australian writer and illustrator who has been based in Reykjavik since 2009. She worked as a storyliner, script writer and script editor for television in Australia and the UK for 10 years. She is currently the head of development for Pegasus Pictures.

Titti Johnson is born in Sweden in 1965. She studied at Gothenburg University Film School and has since 2000 collaborated with Felix Film Ltd, in production and development of several short- and feature length documentaries, such as Beneath the Stars (2005), both as director and scriptwriter.

Ari Alexander Ergis Magnússon was born in 1968 in Reykjavik. Magnússon studied at the Sorbonne University 1990-91 and earned a BFA in fine arts from Parsons Paris School of Art and Design, 1991-96. Magnússon has collaborated with Erró, Björk, Sigur Rós, Alain Robbe Grillet, Albert Maysles, David Lynch and Yoko Ono. Among his documentaries are Home to Siberia (1993), Screaming Masterpiece (2005), At the Edge of the World (2007) and Imagine Peace, YokoOno (2012).

Michael Mann is a physicist and climatologist, currently director of the Earth System Science Center at Pennsylvania State University. Dr. Mann is author of more than 140 peer-reviewed and edited publications, and has published two books, most recently The Hockey Stick and the Climate Wars: Dispatches from the Front Lines, published in early 2012. As a scientist who had contributed substantially to the preparation of IPCC reports, Mann received a personalized certificate from the IPCC for “contributing to the award of the Nobel Peace Prize for 2007 to the IPCC”.

Hilmar Oddsson, the Dean of the Icelandic Film School, completed his studies from the Munich Film University, HFF, in 1986. He has directed (and co-written) five films (including Tears of Stone and Cold Light, both of which have won a number of local and international prizes) and a host of telefilms and shorts, in addition to making a number of documentaries (The Dieter Roth Puzzle) and numerous films for television. Oddsson has also directed more than a hundred TV shows. 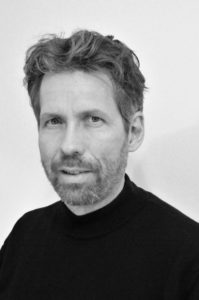 Jón Ólafsson is professor of philosophy at Bifröst University. His research interests are in political philosophy, ethics and Soviet history and Culture. He is author of Oranges from Abkhazia (2012). A collection of his papers was published as Dissidence, conflict and propaganda (2009). Most recently Jón has been working on democratic theory, epistemic democracy and democratic experimentation. He is editor of Experiments in Democracy: Iceland in Crisis and Recovery (exp. 2014).

Stefan Rahmstorf is an oceanographer and climatologist. Since 2000, he has been a Professor of Physics of the Oceans at Potsdam University and is Department Head at the Potsdam Institute for Climate Impact Research. He was one of the lead authors of the IPCC Fourth Assessment Report and is a fellow of the American Geophysical Union. He is a co-founder of the blog RealClimate, and was portrayed as one of the world’s 10 leading climate scientists by the Financial Times in 2009.

Steven Richer has worked with top organizations such as NBCUniversal, and Stanford University, and assisted in production and script writing for a MTV series. He founded an award winning non-governmental organization based in Silicon Valley California in 2007, and is currently developing a new, non-profit media company that focuses on a shift in world consciousness and global activism.

Hafsteinn Gunnar Sigurðsson is a graduate of the film program at Columbia University. Sigurdsson earned top Torino festival honors for his debut, character-driven comic drama Á annan veg (Either Way, 2011). The film is set in northern Iceland’s barren wilderness, and was remade by David Gordon Green as Prince Avalanche, which won the Silver Bear for Best Director at the 63rd Berlin International Film Festival. Sigurdsson’s is currently working on his next project, Cold Spring.

Peter Sinclair is the author of “Climate Denial Crock of the Week”. He is a regular contributor to the prestigious Yale Forum on Climate Change and the Media, for which he produces a companion video series titled “This is Not Cool.” There are now more than 100 videos in the two series, which are used around the world to better understand and explain the most important environmental issue of our time.

Stephen A. Smith is a biologist and ﬁlmmaker. He has spent his life exploring, studying and documenting the world’s remote polar regions. In 2008, he co-directed (with Julia Szucs) the documentary Arctic Cliffhangers (Best Wildlife Film: San Francisco Ocean Film Festival). Stephen and co-director Julia Szucs are owners of the Alberta-based independent film production company Meltwater Media, and their latest film is Vanishing Point (2012).

Herbert Sveinbjörnsson has worked in TV production in Esbjerg, Denmark and at RUV (The Icelandic National Broadcasting Service). Sveinbjörnsson co-founded the TV and film production company Edison’s Moving Pictures in 2001. In 2013, Sveinbjörnsson won first prize at the documentary festival Skjaldborg for his film Aska (Ash), which portrays the aftermath of the volcano eruption in Eyjafjallajökull in 2010.

Óli Grétar Blöndal Sveinsson is the Executive Vice President in the Research and Development Division of Landsvirkjun, The National Power Company of Iceland.

Julia Szucs has been involved in filmmaking since 2004, when she worked on the polar adventure feature documentary, Abandoned in the Arctic. Julia’s formal film training includes the Gulf Islands Film and Television School, the Banff Adventure Filmmakers Seminar and the Emerging Producer’s Program at Northern Alberta Institute of Technology. She is the director and writer of Arctic Cliffhangers (2009) and Vanishing Point (2012).

Björn Þór Vilhjálmsson teaches film and literature at the University of Iceland and has published widely, in Iceland and abroad, in the fields of film studies, comparative literature and cultural studies. Vilhjálmsson co-founded the TV and film production company Edison’s Moving Pictures in 2001, where he has acted as producer and/or screenwriter on numerous projects.